The Squabble Over Spider-Man

Spider-Man’s current contract dispute between Disney and Sony is an intricate web of events that dates back to 1999 when Marvel Comics was in danger of going bankrupt and started selling off the film rights of their iconic superhero characters just to keep their business afloat.

Boy, do I have a lot to say about Spider-Man! My attempt to write about the web-slinger’s current contract dispute between Disney and Sony has manifested into the form of 2 separate blog posts in addition to this news article. I apologize for the abundance of Spider-Man content that I’m about to bombard you all with, but there’s a lot to unpack here! Be forewarned, though, that this is a pretty intricate web of events and contracts. Some of it is admittedly over my head and not all of the details are known at this time, but I’m going to try to break it down as simply as possible. Just be aware that Spider-Man is my favorite childhood superhero and this is something I’m very invested in and passionate about. So let’s take a look at what’s going on with our friendly neighborhood Spider-Man in this not-so-friendly feud.

As some of you are probably aware, Sony currently owns the exclusive movie rights to Spider-Man. Back in the ’90s, comic book popularity had fallen into serious decline, and Marvel Comics was in danger of going bankrupt. In 1999, to keep their struggling business afloat, Marvel sold Sony Pictures the film rights to the Spider-Man character for $7 million. Just 3 years later, in 2002, Sony released their very first Spider-Man film, directed by Sam Raimi and starring Tobey Maguire. The movie was a colossal hit and went on to have the biggest opening weekend in box office history at the time (I was there!) and grossed over $800 million worldwide. Marvel, on the other hand, didn’t enter the movie business until 5 years later when they released Iron Man, their first feature film, which marked the beginning of the Marvel Cinematic Universe.

Fast forward to today, and Sony still owns the movie rights to Spider-Man, although their success with the franchise has been somewhat spotty. The Raimi Spider-Man series fell apart after a poorly received third film (despite it still being a major box office success), and this prompted a reboot with Andrew Garfield called The Amazing Spider-Man just 5 years later. This follow-up series fizzled out as well after a disappointing second installment, which in turn left some future Spider-Man spin-off films in limbo.

Then, after acquiring Marvel, Disney entered the picture. Wanting to get Spider-Man back where he belongs with the rest of the characters in the MCU, Disney established a deal with Sony that would allow them to use the character in their films. This also meant another recasting and reiteration of the character, only 4 years after The Amazing Spider-Man reboot. Tom Holland was cast as Marvel’s new Spider-Man, and he made his debut appearance in Captain America: Civil War, and then had his first stand-alone film released the following year titled Spider-Man: Homecoming.

Looking deeper into the deal between Disney and Sony, the two companies worked out a 5-movie contract in which Disney’s Marvel would have creative control over the films, but the stand-alone Spider-Man movies would still funded entirely by Sony. Disney would be given 5% of the stand-alone movie’s first dollar gross, while Sony would collect the rest of the profits. What that means is Disney received only 5% of first day ticket sales for both Spider-Man: Homecoming and Spider-Man: Far From Home. To put that into perspective, Disney has made less than $10 million on both of those films combined, despite their heavy involvement, while together those two films have grossed a total just shy of $2 billion for Sony. Any way you spin it, that’s a bad deal for Disney who is almost entirely responsible for the success of these films. It’s even more ludicrous when you consider that thanks to Disney’s support, Far From Home just became Sony’s all-time highest grossing movie with a worldwide box office total of $1.11 billion and counting.

Now that their 5-film contract is up (which included Captain America: Civil War, Spider-Man: Homecoming, Avengers: Infinity War, Avengers: Endgame, and Spider-Man: Far From Home), both sides have spent the last couple months in negotiations for a new deal. However, it’s been reported that they have failed to reach an agreement. Reportedly, Disney was asking for a joint 50/50 deal, where both companies fund the films, and share the profits evenly, which is an offer that Sony outright refused. Unless an agreement is reached, Spider-Man will regrettably no longer be part of the MCU.

To be clear, this means that Marvel would not be able to use or reference the Spider-Man character in any of their future films. Similarly, in the improbable chance that Tom Holland’s Spider-Man actually switches over to Sony, they would not be allowed to make any reference of any kind to his involvement in the MCU. Considering how heavily intertwined Holland’s Spider-Man is with Marvel’s characters, such as his deeply rooted origins with Iron Man, I imagine it would be awfully tricky for Sony to move forward with his version of the character. Yet according to Sony’s recent statement regarding the botched negotiations, it seems that they nevertheless intend to move forward with Holland and two more currently-planned films anyway. Things are bound to get messy.

As far as I’m concerned, this is a situation where everybody loses. Disney had just placed Spider-Man front and center of the MCU with Far From Home, and now he would just suddenly be gone? How do you explain that? Or would he just instantly appear in Sony’s  new Spider-Man films with his past rewritten or ignored completely? Neither option seems viable to me. At that point, I think Sony might as well just launch another reboot. Given the outrage expressed by fans over this whole unfortunate outcome, I sincerely can’t imagine MCU fans being willing to pay to see a new Sony Spider-Man movie that still stars Tom Holland anyway. Can you?

So why wouldn’t Sony agree to a 50/50 deal? Well, given that Spider-Man is arguably their biggest movie property, they’re surely not so eager to lose half of it. Plus they’re probably feeling pretty confident that they can handle things from here, since they just won an Oscar for Spider-Man: Into the Spider-Verse and their Venom movie grossed over $850 million globally. However, as noted before-hand, their track record has been inconsistent, and twice they’ve proven themselves unable to sustain a successful Spider-Man series for long. By going it alone, they’re taking a big gamble.

Is Disney asking for too much? A jump from 5% first dollar gross to 50% total is obviously an enormous difference. However, it should be noted that with that asking price Disney would now also be contributing half of the money to fund and market the films, which previously they didn’t do. Many think Disney is being greedy, after all, it’s not like they really need the money. I’ve also seen some people bring up the fact that Disney profits 100% off of Spider-Man’s toys and merchandise, but that’s entirely irrelevant here because Sony only owns the film rights to Spider-Man, and not the character himself. Personally I side with Disney here. I don’t think a 50/50 deal is unreasonable, and I do believe that maintaining a partnership with Sony is not only mutually beneficial for them, but also in the best interest of the fans.

In the end, I hope this whole disagreement can be resolved and quickly. The longer it goes on, the harder it’s going to be fix, and the more us fans will have to suffer. I’d hate to see both sides riddled with plot holes and continuity errors as a result. Sony may be thinking they can keep things afloat with their Spider-Man universe, and that may be so, but I’m still skeptical. After all, is any one actually even remotely excited about their Morbius and Black Cat spin-off films? I didn’t think so… 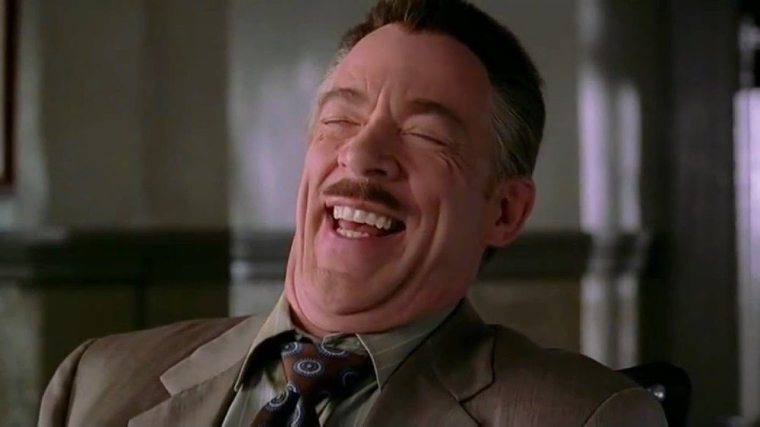